Government and private doctors attached to the Doctors’ Association for Social Equality (DASE) staged a demonstration here on Sunday. The urged the authorities to take action against two health inspectors, who allegedly misbehaved with doctors in separate incidents recently.

The agitators said Thangavel, a health inspector, was said to have talked in a threatening manner to Sreenivasan, medical officer at Pandaranvilai Primary Health Centre (PHC), on the PHC premises. Similarly, Terrance, another health inspector, reportedly used unparliamentary language against a government doctor, Pradeep, during a review meeting held at Pudukottai PHC, recently.

The DASE members asked the authorities concerned to take departmental action against the “erring” health inspectors, at the earliest. About 50 doctors took part in the agitation.

What is the demand 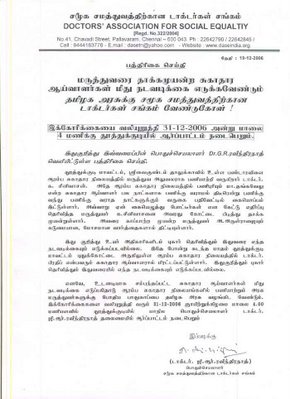 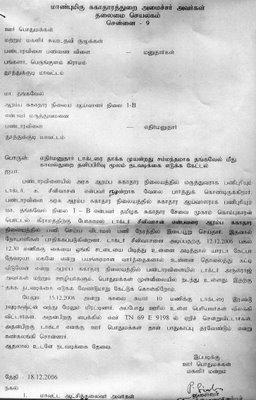 You are reading a page from TargetPG – Medical Post Graduate Entrance Exams and Professional Career Growth for Medicos written by Dr.Bruno