RURAL MEDICAL ASSISTANTS
Not Quite The Good Doc, But The Better Bets
RMAs are filling an essential gap. If only medical practitioners would cooperate…
LOLA NAYAR

The heated debate over the creation of a rural healthcare cadre is far from over. Opposed by medical practitioners, the health ministry’s plans to start a four-year Bachelors in Rural Health Care course (BRHC) from this year have received a setback. The Medical Council of India (MCI) is now expected to take a fresh view. “We have to take healthcare to rural areas,” MCI board chairman Dr K.K. Talwar told Outlook. “It is an important issue. As I wasn’t involved in the earlier discussions, I need to understand the various issues. Some states have their own rural healthcare programmes and I am trying to get information about what experiences they have had.”

Currently busy clearing approvals for medical colleges before the June 15 deadline, the MCI board plans to review the proposed BRHC plans at a later date. This, when the health ministry had in January got almost all the states to support the move and chart out the BRHC syllabus. “It took a year to convince all political parties and chief ministers to support the proposal as we wanted the syllabus to be recognised,” says health minister Ghulam Nabi Azad. “Unfortunately, the MCI got influenced by medical practitioners and did not give national-level recognition.” Given this wide opposition by medical practitioners to the creation of a rural healthcare cadre, the health minister underlines that while the states are free to start such courses as is being done in some cases, “unless the course gets national-level recognition, it won’t attract good talent”. MCI’s approval is a must for the implementation of a uniform curriculum across the country.

The health minister’s concerns are not unfounded, given the continuing resistance of the Indian Medical Association to accept any alternative cadre of rural health practitioners, which had been in vogue before Independence. The decision to adopt the western model of MBBS to provide better medical care across the country has been to the detriment of large parts of rural India—most doctors shy away from working in areas which offer no career prospects even though some states offer incentives.

That’s why healthcare experts are keen on finding a viable alternative. The idea of a separate cadre of healthcare providers exists in several developed and developing countries. India too, it is felt, needs to seriously explore the concept, considering that, as against the desired ratio of one doctor per thousand population, large parts of rural India currently have just four doctors for 10,000 people.

A decade back, when newly-created Chhattisgarh tried to address the issue by starting a condensed medical course, there was opposition. Yet, despite many legal and political twists and turns, the state went ahead to train and deploy over 700 Rural Medical Assistants (RMAs) in primary health centres and sub-centres. A visit to some of these centres, many miles away from a properly equipped hospital, is an eye-opener.

Driving through lovely, thick forests early in the morning to visit some of the primary health centres in the Manpur, Mohla, Ambagarh Choki blocks of Rajnandgaon district, there’s no mistaking that we’re deep in Maoist-affected territory. From time to time, we see CRPF men scanning the road we are travelling on with landmine detectors and sniffer dogs. With villages 10 or more kilometres apart, only the ploughed fields in some areas give indication of habitation. 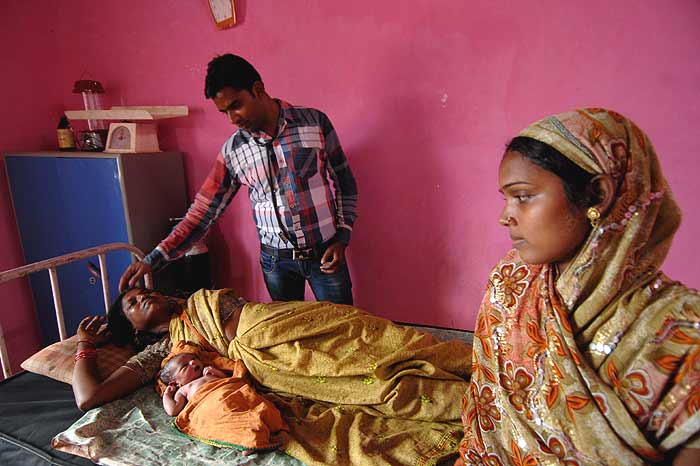 Keshav Kannoj, 29 RMA, Khadgaon centre
Apart from cases of convulsion, coma, cerebral malaria or delivery complications, which are referred to the CHC, we handle all others.”

In sharp contrast to this tense atmosphere, there is calm at the primary health centres Outlook visits. Many patients are waiting for attention at the Khadgaon centre, originally the doctor’s quarters. Having delivered a baby girl at daybreak, Keshav Kannoj, 29, the RMA here, is confidently tending to mother Uttara and other patients. Though the centre has had a trained nurse for many years, it is only since the RMA arrived and two beds were added in a makeshift structure that institutional deliveries have increased. From nil in 2008, deliveries in 2009-10 went up to 29 and now they have risen to 190. Credited with having ably handled a malaria epidemic last year in Gotatola village, 13 km away, Kannoj is spoken of well by locals. His busy schedule includes attending to opd patients, doing stints at a community health centre at Manpur block and visiting nearby villages, a tough task during the rains. The RMAs describe the summer months, before the onset of monsoon, as a lean period, when villagers prepare for sowing the next crop. Once the rains set in, however, cases of diarrhoea, malaria and fever rise sharply. Of course, accident cases from the small mines nearby or from fields and roads abound.

Incidentally, there are many women RMAs in their 20s, like Manisha Khare at Kaudikasa in Ambagarh Chowki or Jaishree Nagre at Ahiwara in Durg district. Living far from their homes, these women are receiving recognition not just from the villagers but also, albeit reluctantly, from senior medical officers for their dedication and round-the-clock service (as babies can arrive any time). There are other challenges they face, like getting work out of permanent staff who are on higher pay scales. “The criticism that they are not capable is stupid,” avers Dr T. Sundararaman, who has been closely engaged with healthcare reforms in Chhattisgarh. “The RMAs’ performance has been reasonably good if not comparable with MBBS doctors in terms of primary healthcare.” 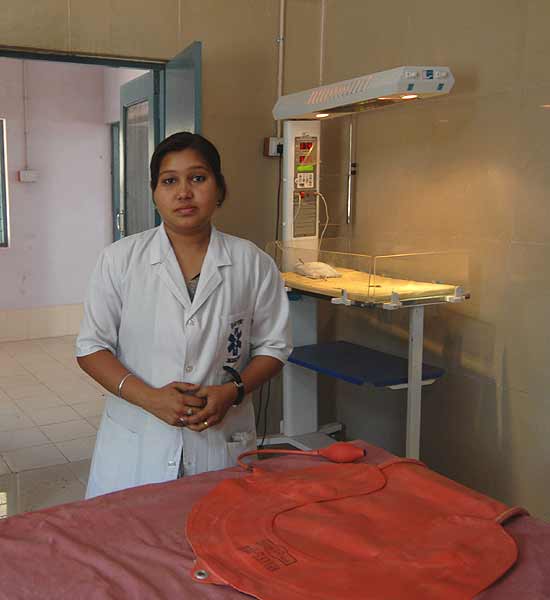 J.P. Mishra, executive director, Chhattisgarh State Health Resource Centre, echoes this. “After we posted RMAs,” he says, “there is a general improvement in healthcare.” In fact, Chhattisgarh is in the process of increasing the strength of RMAs in the health centres and also studying a proposal to revive the RMA course, which was stopped in 2007. Despite a recent wage hike, issues such as lack of career growth, uncertainty of whether they can call themselves doctors and the contractual nature of the job, with no travel allowances, remain. The challenges have indeed put pressure on the model in Chhattisgarh.

Learning from Chhattisgarh’s mistakes, Assam is offering a modified course to science students from a rural background to train as Rural Health Practitioners (RHP). Under the supervision of the Jorhat Medical College, 100 RHPs are trained annually. So far 182 have been deployed at sub-centres in remote areas. Unlike Chhattisgarh, Assam took care to ensure there is no vagueness about the RHP’s designation and role—thereby leaving it to the students to make an aware choice. “Despite the problem in implementation,” stresses Shomikho Raha, a development specialist who has undertaken extensive study in both Chhattisgarh and Assam, “there is immense potential in this idea, along with the idea of nurse practitioners…a very serious debate is required.” 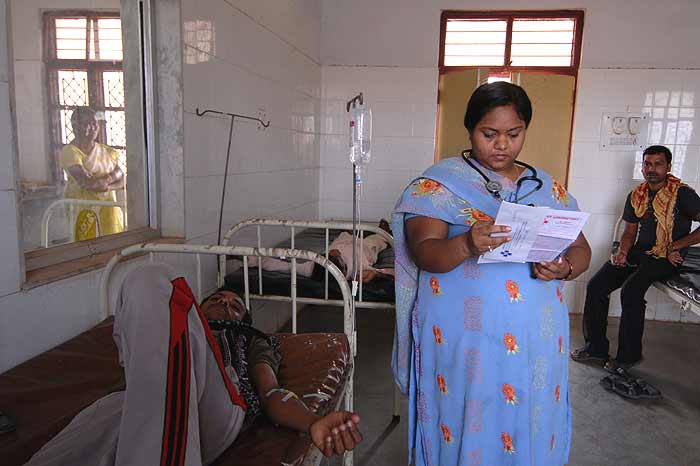 Jaishree Nagre, 27, RMA, Ahiwara
“For two years, we had no lady doctor, hence no medical-assisted deliveries,” says Dr H.K. Sahu at the Ahiwara hospital. “The RMA now fills that need.”

Having grown up in a village without healthcare, Dr Purshotam Lal, member, MCI board, and chairman, Metro Group of Hospitals, feels if the option of post-graduation in family medicine were to be offered, “such a trained doctor would automatically be willing to go to rural areas where he can practise his talent. Urban people are more specialist-oriented”.

While having a hub-and-spoke model, as Dr Lal suggests, may work, for those living in inaccessible areas or even 50 km away from a town, a dedicated team of healthcare workers offers immediate solace. There is a certain joy when one hears Manisha Khare say no low birth weight child has been born at the primary health centre under her care. No wonder, despite the criticism, many states are studying the Assam and Chhattisgarh models. Will the health ministry provide the right push to create a cadre of rural healthcare providers with potential for growth? Only if the fears and egos of the medical fraternity don’t weigh down heavily on this much-needed remedy.