We have already written umpteen times,

A doctor, who has been appointed under Time Scale of Pay and who has subsequently cleared a TNPSC, and is continuing in service, shall be regularised from the date of appointment in time scale of pay

This is also substantiated by the Government Letter given below 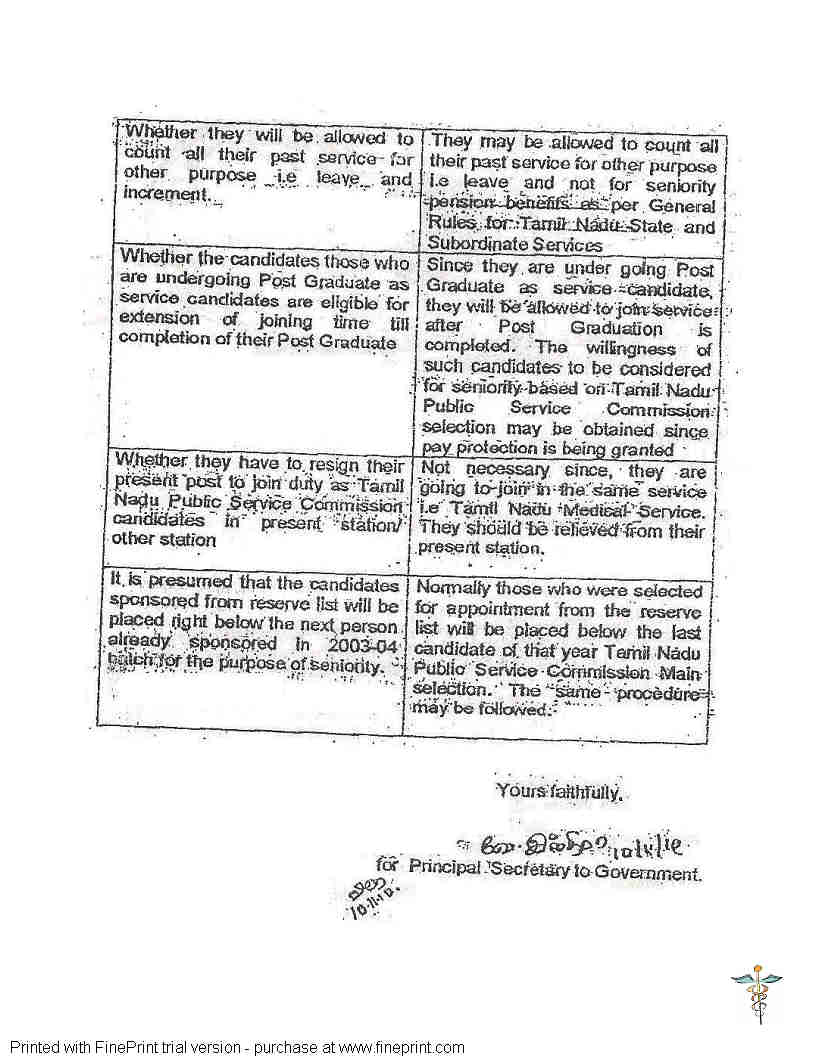 There fore, there is no need of any confusion

All you have to do is
1. Write the Joining Report Properly, without omitting any important factor, enclosing the above Government Letter
2. Make sure that the SR starts with the date you were appointed as 10 A 1

Model Joining Reports are given here

To
The Deputy Director of Health Service

Hence I am joining duty at the station mentionedon  <DOJ>

I am continuing in service from <Date of Joining in Service> without any break of service. It has been already clarified that I had been appointed under Rule 10 A 1 and I am eligible for all services benefits as per references cited above

As TNPSC has notified my selection, I humbly request you to kindly send the necessary proposals for regularization of my service with effect from <Date of Joining in Service> at the earliest

Encl : Xerox Copies of documents cited above. (you can download the government clarification from http://goo.gl/auMQM)